Avenue of the Baobabs - Madagascar

The Avenue or Alley of the Baobabs is a prominent group of baobab trees lining the dirt road between Morondava and Belon'i Tsiribihina in the Menabe region in western Madagascar. Its striking landscape draws travelers from around the world, making it one of the most visited locations in the region. It has been a center of local conservation efforts, and was granted temporary protected status in July 2007 by the Ministry of Environment, Water and Forests, the first step toward making it Madagascar's first natural monument. This is what Wikipedia says... so you can imagine that I was utterly in chock when I went there in November 2012 and found more than 20 piles of red soil along the beautiful sandy tack between the majestic 'renala' baobab trees - Adansonia grandidieri - about 30 m tall. So there is no doubt I want to go there once more. 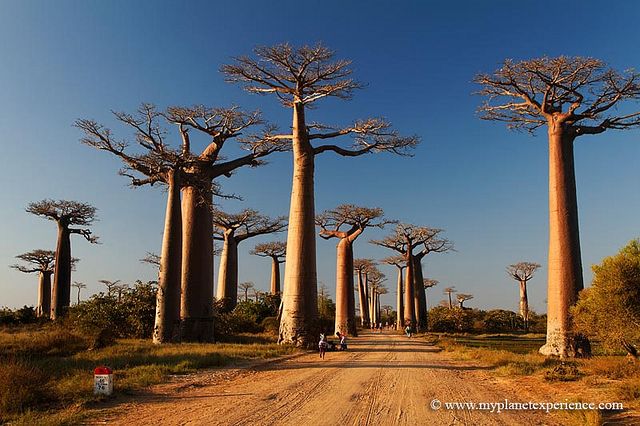